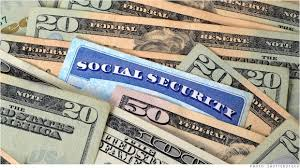 You have probably heard through the grapevine that a couple popular Social Security “loopholes” are soon to be closed. The Bipartisan Budget Act of 2015 was passed by the House last October and among other things, it eliminated two popular Social Security strategies that we often have recommended to our clients: File and Suspend and Restricted Application for Spousal Benefits. While it’s not really surprising that these changes are being made, it is shocking how quickly they will come into effect. When considering the new rules, it’s important to keep these two strategies separate as the rules that govern them are different, particularly the age that you must be in order to be grandfathered in.

To give a little history, the rule that authorized File and Suspend is the Senior Citizens’ Freedom to Work Act of 2000. This act was designed to encourage retirees to keep working. It eliminated the earnings test in and after the month a person reaches full retirement age and permitted workers over full retirement age to suspend their benefit in order to build delayed credits. Fortunately, people who have already filed and suspended are grandfathered in and there is a 6-month grace period within which people 66 and older can still file and suspend up through April 30th, 2016.

The second strategy being eliminated allows workers to file a restricted application for a spousal benefit while allowing their own benefit to continue to grow at 8%. Under the new rules, once workers file for a retirement benefit, they will receive the higher of their own earned benefit or a spousal benefit. However, people who are 62 or older at the end of this year will still be able to file a restricted application at their full retirement age, as long as their spouse has filed and suspended or is taking benefits.

Spousal benefits were added in 1939 to provide benefits for low-earning spouses. It was around 2009 when people realized that these two strategies, passed at 2 different times, combined to create a strategy that was perfectly legal, but not really what policymakers had in mind, hence the term “loophole.” There are certainly many people who think that the File and Suspend strategy is gaming the system. People in this camp say that it runs counter to the intent of the Social Security program which is to replace income lost when a worker retires, becomes disabled or dies, not to allow couples to maximize their retirement income. But it can be argued that these changes are further movement of Social Security toward an income-redistribution program. Two earner couples pay twice as much in Social Security taxes. They receive much lower benefits than one-earner couples per dollar paid into the system. So is it really unfair that they are able to access ½ of one spouse’s benefit while allowing their benefits to grow to age 70?

I hope this helps shed some light on this topic that has gained much attention the past few months. If you have any questions about how these changes affect you or could use some help evaluating your Social Security options, feel free to contact me. If you’d like to access your benefits online, you can use the Social Security’s retirement estimator here: https://www.ssa.gov/retire/estimator.html.