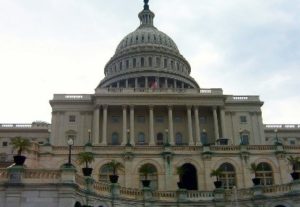 With the new year upon us, I wanted to take the opportunity to explain the 2018 tax reform bill that represents the most significant tax changes in our country in more than 30 years.  It’s important to note that the main reason for this tax bill is corporate tax reform, but since it had to be done through reconciliation, individual taxes were also affected.  The most impactful areas of change for individuals are deductions and exemptions, but changes were also made to tax brackets, credits and other areas as well.  Many of the tax cuts are temporary, lasting through 2025.  For corporate taxes, the bill provides both a massive tax cut and a major simplification to the structure.  I’ll dive a little deeper into the changes, with priority on those that will likely affect our clients.

Many of us have reason to itemize deductions, with some of the bigger deductions being mortgage interest, state and local taxes and charitable contributions.   Currently, about 30% of taxpayers itemize, but with the new tax reform bill, that number could fall to about 10%.  Standard deductions have roughly doubled for all filers under the reform, however personal exemptions have been eliminated (currently $4,050 per person).   Here’s a comparison of the new and old standard deduction:

Taxpayers 65 and older can claim an extra deduction of $1,600 for single filers and $2,600 for couples who are both 65.  While it’s being presented as a tax cut, the higher standard deduction really is a simplification since it eliminates personal exemptions and causes a larger amount of the population to forgo itemizing and Schedule A all-together.

A major reason why so many will not itemize is the change to the state and local taxes deduction (SALT).  This popular deduction is now capped at $10,000, including state and local income taxes, sales taxes and property taxes.  In states with extremely high state income tax and property taxes, such as California and New York, this is a major hit, but it has the potential to affect people nationwide, depending on their personal situation.  This is perhaps the most controversial aspect of the individual tax reform.

In addition to the cap on SALT, several deductions are disappearing completely:

We are very curious to see how states will respond.  Currently, Georgia’s standard deduction is a mere $2,300 for individuals and $3,000 for married filing jointly.  If you do not itemize on your federal return, you are not allowed to itemize on your state return, either.  With such a disparity between the standard deductions under the new bill, new state legistation is in the works.

Moving on to the new 2018 tax brackets, although Trump originally proposed reducing the number of brackets from 7 to 3, the final bill kept the 7-bracket structure.  The top tax bracket drops from 39.6% to 37%.  Most brackets result in lower tax rates with the exception of single filers who earn between $158k and $195k because the 28% bracket was eliminated and instead jumps from 24% to 32%.

An important thing to point out is the so-called marriage penalty is mostly gone.   A simple example of the marriage penalty is if two single filers each earned $75k, under the old single brackets, their rate would be 25%.  However, if they were to get married, their combined income of $150,000 would put them in the 28% bracket.

Most credits remain the same, but an important credit to families with young children has been expanded.  The Child Tax Credit, which is available for children under 17, is doubled from $1,000 to $2,000 per child and the phaseout threshold is dramatically increasing from $110k to $400k for married filing joint and $75k to $200k for individuals.

One provision that has not gained as much attention but has a big impact is the way inflation is calculated.    Under the previous tax law, inflation was measured using the consumer price index for all urban consumers (CPI-U).  This tracks the cost of goods and services that affect the typical household.  The new tax law uses a different metric called the Chained CPI.  Essentially, this index assumes that if a particular good or service gets too expensive, consumers will switch to a cheaper alternative.  This means that tax bracket thresholds will rise slower as will other IRS inflation sensitive numbers such as eligibility limits.

Of course, there are other implications of the new tax code.  The Obamacare penalty is repealed beginning in 2019.  The alternative minimum tax (AMT) has been revised increasing the income thresholds dramatically so fewer people are subject to it.  AMT exemptions weren’t initially indexed for inflation which led to more and more people subject to it who were never meant to be.  Estate tax exemptions are doubled for the time being.  I could keep going, but there’s not enough space to list them all.

Switching gears, I’d now like to focus on corporate tax reform where the most dramatic changes are found.  After all, this was original reason for the tax overhaul.  The bill lowers the corporate tax rate to a flat 21% on all profits.  The previous top bracket was 35%.  This is designed to make the U.S. more globally competitive as the global average corporate tax rate is around 25%.  The corporate AMT has been eliminated.

The new tax bill changes the U.S. corporate tax system from a worldwide one to a territorial system.  U.S. corporations currently pay U.S. taxes on their profits earned abroad, but the new territorial system will end this double-taxation of foreign profits. For years, major U.S corporations have moved production overseas, claiming that the 35% top tax rate was preventing them from investing domestically.  There is about $2.6 trillion in U.S. corporations’ foreign profits held overseas.  In an effort to bring this money back to the U.S., the new tax law sets a one-time repatriation rate of 15.5% on cash and equivalent foreign-held assets and 8% on illiquid assets such as equipment, payable over an 8-year period.  The ultimate goal is for these tax savings to bring business back to the U.S. and encourage corporations to invest more in their companies, create more jobs and pay higher wages.

I hope this helps shed some light on the tax changes coming our way.  As we dive into tax season and fill out our last return under the old tax code, it’s a good time to study these changes and figure out how they will impact each of us going forward.