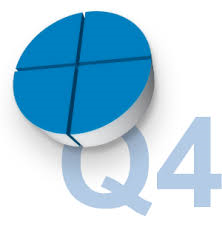 The closely followed Dow Jones industrial average and Standard & Poor’s 500 index had a remarkable year in 2017. The Dow gained an impressive 25% while the S&P 500 rose 19%, their best years since 2013. The tech-heavy Nasdaq was the clear winner for the year, advancing 28%. In fact, all the major indices had significant gains due in part by expectations that the Trump administration would deliver sweeping policy changes affecting corporate taxes and infrastructure spending. But even as the prospects for those initiatives dwindled, the gains continued as new signs emerged that companies are making more money and that U.S. consumers are feeling more confident about their finances.

The stellar year on Wall Street was unusual in that it lacked the type of sharp pullbacks that often accompany strong rallies. The S&P 500 hasn’t suffered a meaningful decline since prior to the election, and volatility metrics have plummeted to record lows. This has many wondering if investors have become complacent and a sign of a market top. Our guess is no.

The boom in the stock market is a clear reflection of improvements in the U.S. economy. The latest GDP figures published show the U.S. grew at a brisk 3.3% pace between July and September. This is in shape contrast to the sub 2% growth that has plagued the economy since the financial crisis ten years ago.

The global economy is also gathering momentum. Most major countries are growing at the same time for the first time in years. This has been largely driven by the Bank of Japan and European Union’s monetary stimulus. Both modeled after our past quantitative easing programs. The global economy is now awash in cash and bolstered by historically low interest rates. There now seems to be a bull market everywhere.

As we look ahead 2018, we’re not sure much is going to change from 2017. Loose monetary policies adopted by central banks since the financial crisis, nearly a decade ago, continue to be in place. Although the Federal Reserve has begun unwinding their accommodations by raising short-term rates, overall interest rates haven’t budged. In fact, since the Fed has started tightening, we’ve actually seen longer term rates decline. This has been due to near zero rate policies abroad. As low as our Treasury yields are, they’re still attractive by comparison. The chase for yield ends at our shores as the investment landscape continues to be dominated by central banks.

At nearly nine years old, the bull market is now the second-oldest and second-strongest in history. The fear now is that equity valuations may be too rich, especially after 2017’s gains. It’s hard to say if this is true or not. What is true is that there is no other game in town. Bond yields have been stubbornly low for years and that’s not going to change in 2018. Returns on cash instruments are only half of what inflation is running at so those investors are losing money in real terms in those markets. We will likely see yields drift higher in 2018 but the net effect on asset prices will be marginal. Comfortable or not, stocks are still relatively attractive.

Valuations are also relative in the eye of the beholder. Since the beginning of the first exchange, analysts have argued over valuations, but one thing is certain – the root of any valuation is based on earnings. So the real question that should be asked is if there is a reason to believe earnings will go up this year. We think the answer is yes because of the tax reform bill.

Much of the 2017 stock rally was fueled by the prospect of regulatory reform and creating a more business friendly environment. Significant strides have been made in that area and now the attention has turned to taxation. The purpose of the reform bill passed in December was to incentivize businesses to bring their working capital by home and increase capital spending. Those goals were largely realized in the bill. The combination of regulatory and tax reform should make a potent cocktail for economic growth and earnings. 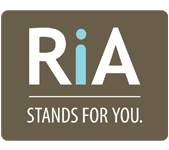