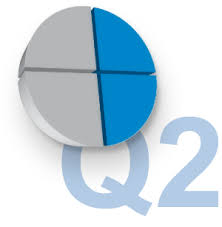 As we noted in our last newsletter, the volatility that had returned to the stock market this year has been principally driven by the specter of higher interest rates and a trade war with what seems like the rest of the world.  While interest rate concerns are still in the back of investors’ minds, shifting trades policies have become the dominant force in both domestic and international equity markets.

What started off with steel and aluminum tariffs against China has quickly become the potential for tariffs on a wide range of products with some of our largest trading partners – the European Union, Canada and China.  These tariffs and the response from other countries has the potential to severely impact GDP in the near-term.  Thus, the stock market has become very nervous with each new announcement.

However, trying to price the impact of a trade war on earnings or the stock market is impossible at this point.  In fact, there isn’t even a specific policy to evaluate.  What we’re really seeing are a series of back and forth negotiating moves being played out in public.  In our opinion, taking the resulting swings in the market at face value is a mistake.  Instead, we’re using these as opportunities to reinvest funds on the down turns or rebalance and take profits on the moves higher.  This is a trader’s market and far less relevant to long-term investors.

The overall stock market hasn’t changed much since the end of January.  What has changed are the sectors within the market.  Small cap and technology stocks have had a very good year thus far.  Both the NASDAQ composite and the S&P Small Cap index prices were up almost 9% in the first half of this year.  The price gain in the S&P 500, on the other hand, was barely over 2.5% during that same time period.  The Dow Jones Industrial average actually has a small loss year-to-date.

This is a reversal from 2017, where we saw the large cap stocks dominate.  Years like the last three are great examples of the importance of owning a diverse equity portfolio and not just the biggest names or the S&P 500 alone.  Not only are the collective gains better when you own the broader market, but the returns are smoother, too.

Two years ago, nearly everyone would have predicted that interest rates would have been the biggest headwind in the stock market.  This is because the Federal Reserve has committed to ending its accommodative monetary policies.  They are well underway in that process.  The Federal Open Market Committee raised the federal funds rate for the second time this year, bumping the range up by 25 basis points in their June meeting. The target range now sits at 1.75%-2.00%.  In addition, the Committee forecasts the median funds rate at 2.4% by year’s end instead of 2.1% as forecasted in March. This means two more rate hikes could be in the offing before the end of the year.

These are significant increases but have yet to pose a problem for stocks.  This is because longer rates have not responded to the Fed moves.  Only short-term rates have increased and this has led to a flattening yield curve (narrowing difference between short and long-term rates).  What’s interesting is that a flattening yield curve often indicates an economic slowdown.  Yet by all measures, the economy continues to expand.

Wages are up, labor-force participation is up and unemployment is down.  Consumer confidence is higher and GDP continues to be strong.  These trends are largely due to an improved business environment and lower corporate tax rates.  Barring changes in those, it’s hard to imagine anything outside of trade disruptions would jeopardize the economy.

This leads us back to the importance of the trade negotiations.  A trade war could be the catalyst for a change in the global economic outlook and is why the stakes are high.   In this age of global supply chains, any interference with trade could have huge impacts on manufacturing.  The ripple effect could pose problems for all involved.  This is why we are confident that agreements will be reached before things get out of hand.

Looking towards the remainder of the year, we expect the Fed to raise rates two more times.  We also expect inflation to pick up in the second half of the year which will lead to higher long-term rates and increased portfolio income for our clients.   We think trade tensions will remain in the news and continue to create market volatility.  Beyond the trade issues, the next big concern for the market is likely going to be the mid-term elections and what that will mean to the changing regulatory environment.